Do you have an offline or an online business? How important is the implementation of your business ideas to you?

We build your system for automated customer and employee acquisition!

Our system is updated continuously, together with partners in IDEAS INSTITUTE., further developed.

Our credo: First of all, every idea is valuable - but ultimately it is measured by the business success of its implementation.

We look forward to working with you! 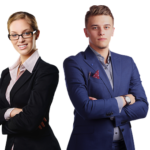 Advisory Board | Vienna, AT 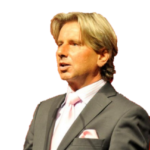 Advisory Board | Vienna, AT

"The result of our actions shapes our relationship to time." Peter Spiess: CEO, ideas business GmbH 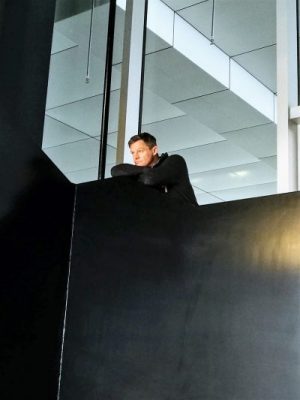 When Peter Spieß needs a really good idea - and above all the right idea - he is drawn to his family or to the Schönbrunn Zoo. Here he can observe the evolution in all its diversity live, the head clears, the thoughts bubble.

His credo: Every idea is first of all valuable - but finally it is measured by the business success of its implementation.

The passionate entrepreneur has found his vocation in sound innovation support: as a creative entrepreneur with a down-to-earth approach, always oscillating between innovation, do-it-yourself and love to accompany and implement on the market.

This is also shown in his CV: When he was young, the son of a medical officer and a teacher wanted to prove that he was a successful company that could be created out of nothing: “I have always been performance-oriented, ambitious and extroverted. I wanted to see where I was going when I was on my own and turning my passion into my job, ”he says. In 1993, at the age of only 21, the student of sports and law and enthusiastic tennis players and swimmers founded the first tennis, sports and leisure school (TSF school) in the Murau region. He created a job for himself, "because there were hardly any job profiles for sports scientists," he says. Back then, it was still relatively easy to go into an unprocessed market without competition with a unique selling point. "Today, in the context of digitization and global markets, it's more complex," he says. And that is precisely the challenge that he is happy to take on when he accompanies entrepreneurs, their products and services as sparring partners.

After having successfully offered tennis camps, swimming courses and performance trainings in eleven localities with his sports school "TSF School" for some years, Peter Spiess moved to Vienna after completing his law studies: he completed his judicial year and took a job offer in Europe 's largest year in 2000 Large-format printing company Eclipse to, for the time being as a seller. After just two months, he rose to become commercial director of the Vienna office for the Austrian market. After four years and a merger with the Société Générale as the main owner, he also took over a commission for the management in Berlin for the German and Swiss area. The most fun was to deepen customer relations with innovative ideas and exciting customer events: one Ski race on the Kreischberg, an entertaining creative event in the Urania and customer visits with Asian specialties in Berlin - a refreshingly different way of customer loyalty in the printing industry.

But this did not leave the passionate entrepreneur. 2003 he had founded a consulting company, which 2004 became the agency "advantages" in Geneva. In the year 2007 emerged ideas consulting GmbH, in which he also coached top athletes in terms of high performance. He joined 2011 with the headhunting brand and innovation "Interim Management Woman" to win women for temporary top positions.

Measurability of the future potential of business ideas, products and services

Today's specialization of IDEAS is on of innovation development and thus on professional support in the development process of business ideas and sales partnerships. The use of high-quality evaluation methods for people and teams also play a synergetically important role in this context.

With the further development of the brand IDEAS BUSINESS, Peter Spieß sets a sign of the times. With his team of experts, he supports innovative companies in turning good ideas, products and services into successful business - clearly, measurably and sustainably.